Dr. Tom Osundwa, a consultant oral and maxillofacial reconstructive surgeon at Gertrude’s Children’s hospital in Kenya, is hailed as a humble and dedicated surgeon and one of the most prolific maxillofacial surgeons in the country. Since becoming a Smile Train partner in 2008, he has treated over 2,000 children with clefts and was named a founding member of Smile Train’s African Medical Advisory Council in 2019. Among his many achievements, he discovered a challenge unique to children of African descent with cleft lips, then innovated ways to beat it. 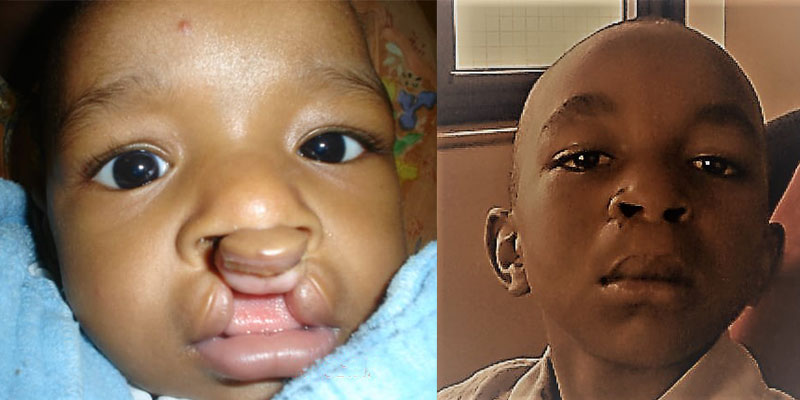 “The African lip is fuller, with more unique features compared to others,” he explained. “Hence, African children are at a higher risk of developing visible scars after undergoing cleft surgery if it is not done properly. These scars can make the child more self-conscious.”

Eager to preserve his knowledge for future generations of surgeons, he is writing everything he knows about his passion in two textbooks. He just published the first, Guide to Cleft Lip and Palate Surgery Part 1: Cleft Lip Repair.

In this volume’s introduction, he writes movingly about the true stakes of providing quality and easily accessible cleft care in Africa: “I was in a catastrophic situation where a child born with [a] cleft lip was abandoned in the forest [by a] rural Kenyan community that still had the tag of infanticide appended to its culture. We managed as a team to successfully treat the child and secure his future and the rest is history,”

Early Monday 24 August, Dr. Osundwa streamed the book launch online, including a livestream of a cleft surgery in process.

Among the many prolific surgeons and leaders in cleft care in Africa to send in their congratulatory messages was Smile Train’s Vice President and Regional Director for Africa, Dr. Esther Njoroge-Muriithi.

Dr. Osundwa acknowledged that ongoing research on topics such as genetic engineering, and diagnostics, along with policy development in nutrition, will play a key role in the future of cleft care globally. Closer to home, he challenged Africa’s health systems to enrich foods with folic acid, which will help reduce incidences of clefts on the continent.

“There are countries which have fortified folates in nutrition, with the US and many countries in the world leading the way. We in Africa need to fortify our cereals to reduce instances of children born with a cleft.”

He is currently working on research to identify the correlation between the genetic and environmental factors in cleft incidence in Kenya, which will be groundbreaking once completed.