Home > Stories > Eric: Hope is the Best Gift of All

Eric: Hope is the Best Gift of All

Kellen is the mother of Eric, a three-year-old Smile Train patient from Uganda. Below, she shares her long journey from panic at her son’s birth to the free nutritional support and cleft surgeries he so needed.

Eric was my first pregnancy, and I knew no complications. At my second ultrasound, the technician thought there might be some issue with his face, but it was more a hunch because the baby turned his head away each time the scanner came close, so he couldn’t say for sure. We decided it was probably nothing and I nearly forgot about it until I went to the hospital for my scheduled c-section. 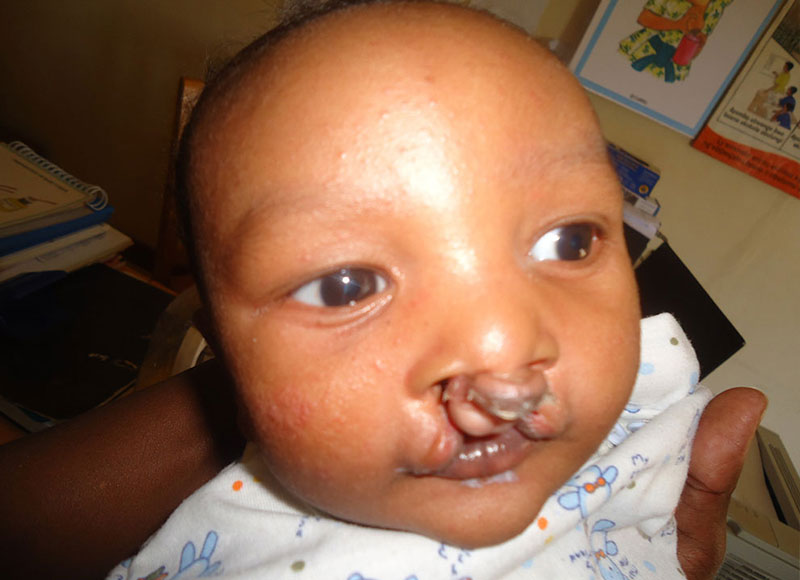 After the surgery, I noticed everyone in the room standing around the baby, pointing to his mouth. I asked the anesthesiologist what the issue could be, and he just turned my neck and told me not to mind. When the nurses finally brought my baby to me, I honestly nearly died right there on the operating table.

I used to be a veterinary officer. I had studied clefts before in dogs and in cats, but nothing can prepare you for seeing it in your own child. I spent my first few days as a mother afraid that treatment would be impossible. I didn’t know if cleft treatment was even available in Uganda, and if we had to travel to India for it or something like that, how would we ever afford it? I really felt like I would lose my baby.

But I never saw anything like worry on my husband. From day one, he was nothing but supportive and focused solely on getting Eric the help he needed. Our family and community also came to our side. When I returned home from the hospital, friends and neighbors came up to me with pictures of people they knew who were also born with a cleft and had received treatment here in Uganda.

Well, I thought if those people can do it, why not Eric? Step by step, I started to see a future for my baby.

But I don’t want to sugarcoat. Those early days were hard. My husband works in Rwanda and had to return when Eric was just two days old, leaving our newborn and me with his mother and some other relatives. None of us knew how to feed him. They gave him a feeding tube in the hospital and, at first, I would pump breast milk through it, but then my milk dried up from the stress, so we had to use boiled and cooled cow’s milk*. Meanwhile, we were also going to different treatment centers looking for anyone who might be able to help.

One of these centers pulled his feeding tube out and accused me of wanting my baby to die because the tube was so rotten and smelly. But I thought they were the ones who were going to kill him — this child cannot suckle, how was I supposed to feed him without the tube? So I left there and went to another place where they gave me a special bottle and said I must feed him every two hours. It was the worst experience. I was on the alarm clock, be it day, be it night. I did not rest. My body was too tired. I didn't know what sleep meant. 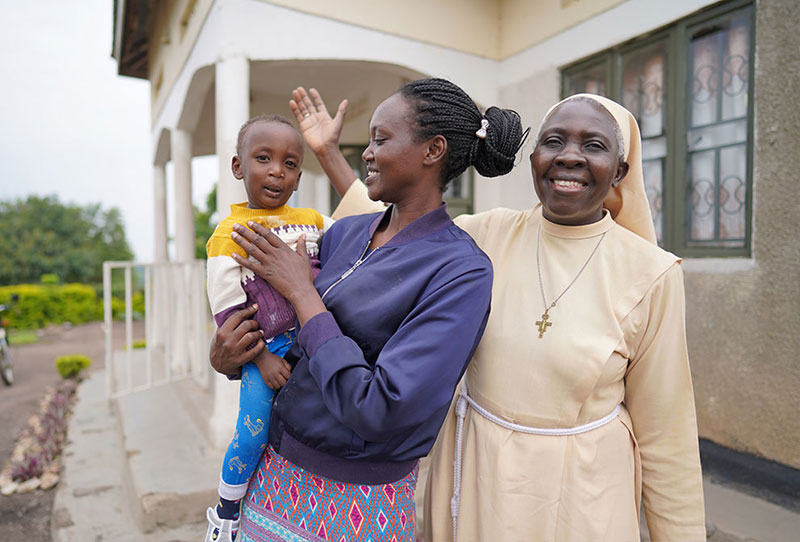 Thankfully, the next place we visited was Surgical Centre Smile Train Mbarara (SCSTM), which many people had recommended to me. There, I met Sister Liliana Najjuka, who told me that my baby will be okay because Smile Train will sponsor the cleft surgery he needs for free once he reaches a healthy weight. Then she gave me the supplies he needed to take in food and taught me how to use them, also all for free thanks to Smile Train.

For the first time in weeks, I felt happy. And experiencing happiness again made me feel even happier! By the time Eric turned eight months, he was happy and chubby as any other baby. He was ready for surgery.

I was so nervous the day of Eric’s surgery. I needed my husband with us in the hospital so I wasn’t alone when they had him. He tried his best, but there was a delay, so we ended up going with my sister-in-law instead. She is very kind, but it wasn’t the same, and when Sr. Najjuka took my baby to the operating theater, I started having regrets. Though I saw many other children return from their surgeries with beautiful smiles, I imagined that somehow mine would be the exception. I had already gotten him to a good weight; maybe he would grow up to be healthy after all.

Before I could get too worried, some nurses came to reassure me. Two parents also introduced me to their children, saying, “Would you believe they were born with clefts? This will be your son, too, in just a little while!” I couldn’t believe it. You couldn’t tell at all. Those people did so much to encourage me; I don't even know how to thank them. 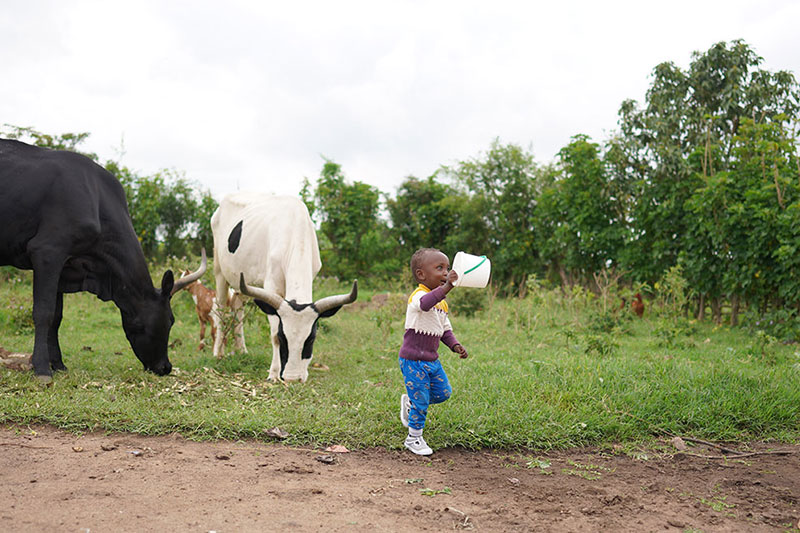 When I first saw Eric after the surgery, I was in shock — he still had a visible cleft and did not look like the other children I had seen! The hospital staff quickly explained this was because cleft treatment is a step-by-step process, not a single surgery. I was disappointed, but I trusted Sr. Najjuka and the hospital staff and agreed to schedule him for his next one a few months later.

When I saw him after that second surgery…. Oh, wow, I was the happiest person ever! Even after seeing those other children, I couldn’t believe this was really him! 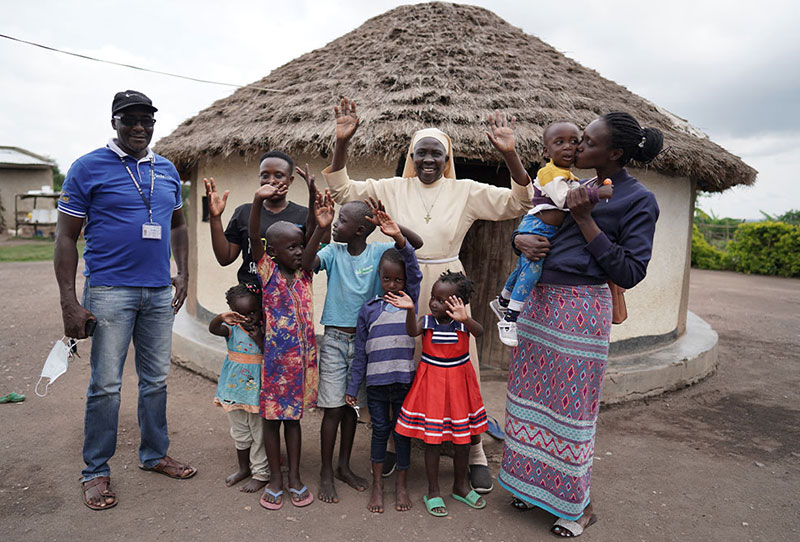 Now, Eric is truly thriving. He is the most brilliant boy you’ve ever seen, though what’s most important, of course, is that he grows up to be a good person. 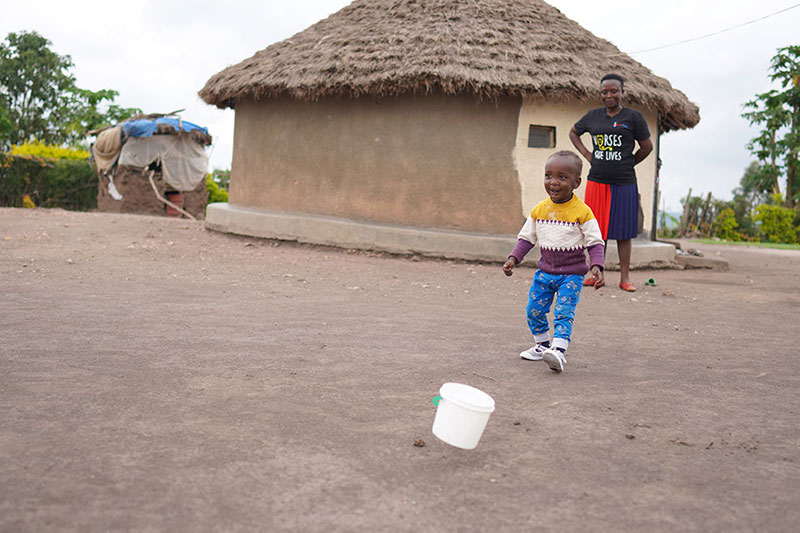 The Gift of Hope

Of all the many things Smile Train gave me, the best was hope for my baby's future and for my future, too.

Thank you to Smile Train’s donors for giving me hope when I was hopeless. Thank you for standing with me and supporting me. I pray that God will bless you abundantly and bless my heart to never forget you.

Give hope and healing to families like Kellen’s in 70+ other countries. Donate Now.

*When babies struggle to breastfeed and specialized bottles aren’t available, doctors often recommend properly prepared formula or boiled and cooled cow’s or goat’s milk. This is not medical advice, and you should always consult your pediatrician or certified nutrition specialist if your child has difficulty nursing.