Immaculata: How a Mother’s Faith Brought Hope and New Beginnings

A week after Ugwuoke’s wedding, she accidentally spilled boiling water over her left leg. The burn was severe, but she immediately started treatment.

When the injury refused to heal, she started taking various medications to alleviate the pain. When Ugwuoke found out she was pregnant a few weeks later, she quickly stopped taking her medications. 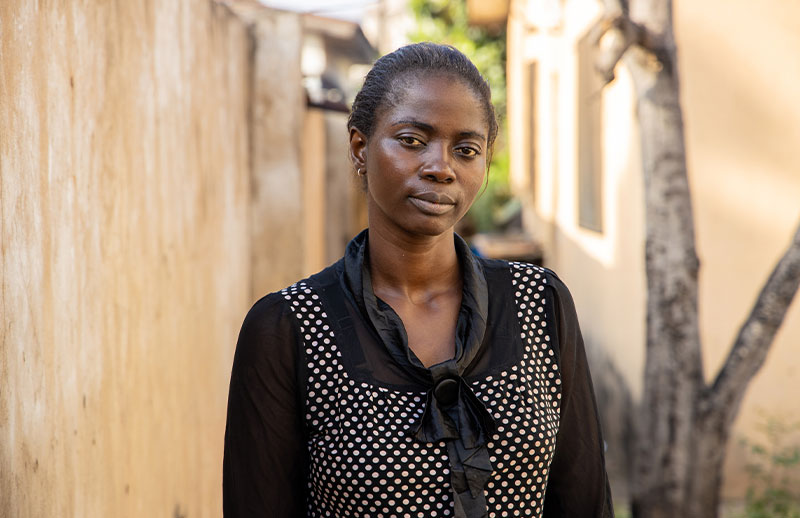 On the day of delivery, Ugwuoke was shocked to discover that her daughter, Immaculata, had a cleft. Her and her husband’s families were distressed, too; no other relatives they knew of had a cleft.

Ugwuoke was scared because she saw her daughter’s cleft as singularly her fault. She wondered if it was caused by her medications and wished she could have done something to prevent it. The cleft made her doubt her worth and competence as a new mother and fear that her own injury was a bad omen from God.

However, Ugwuoke also believed that everything was in the hands of God. Her faith also taught her to accept and love every one of God’s children. She knew she had to be there for Immaculata. 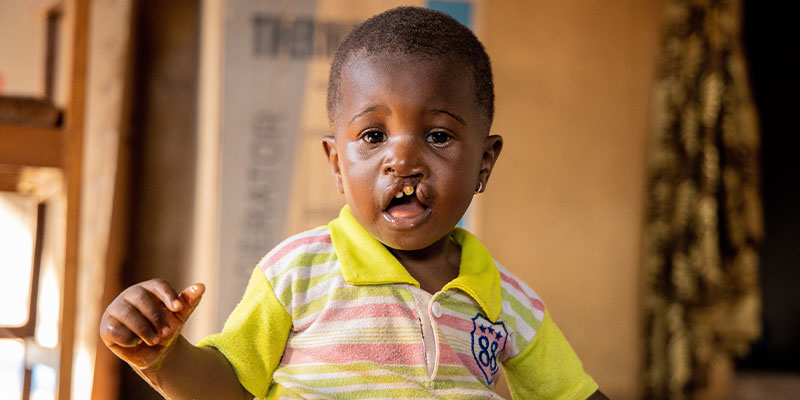 After the initial shock, Ugwuoke and her husband quickly accepted their baby. They were determined to seek out treatments from their village doctor.

He disappointed them. Because he specialised in appendicitis and caesarean sections, the village doctor wouldn’t be able to perform Immaculata’ cleft surgery.

But as a new mother, Ugwuoke was determined to be there for her baby.

The first few weeks were difficult. Ugwuoke wasn’t able to breastfeed Immaculata properly, and she feared that her child would become malnourished.

Ugwuoke and her husband gathered enough money to buy baby formula. It was incredibly expensive and put great financial strain on them, but they had no choice. Their daughter had to eat.

Both parents prayed to God. Despite their circumstances, they still believed that their family would turn out fine someday.

That day came with the arrival of Ugwuoke’s brother. 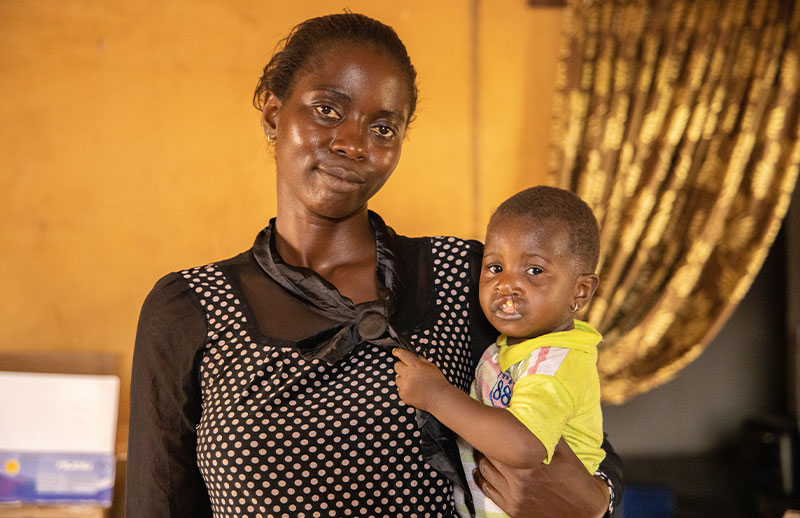 He spotted them one day while Ugwuoke was walking in the village with her baby on her back.

He immediately noticed Immaculata’s cleft, but told Ugwuoke that it was not a problem. He knew a doctor named Onah who could perform the surgery at the National Orthopaedic Hospital. 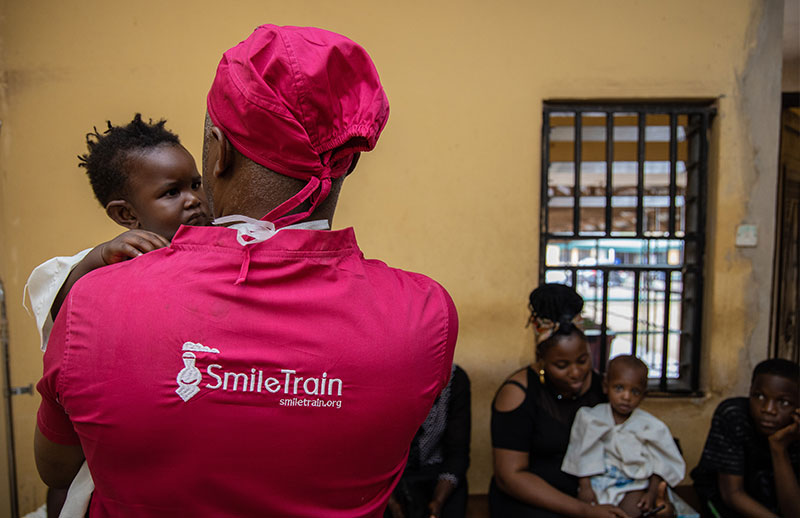 “He works with Smile Train,” he said.

At first, Ugwuoke was hesitant. She knew she wanted Immaculata to receive surgery, but she was scared to learn how much treatment might cost. Their family was already having trouble affording the baby formula. How could they possibly gather enough money for this surgery?

However, her brother reassured her. The surgery would be sponsored entirely by Smile Train. Their family would not have to pay for anything. All they needed to do was to show up at Dr Onah’s office.

Ugwuoke took Immaculata to Dr Onah that day, and she considers what happened next almost like a miracle. Her daughter would finally receive surgery. 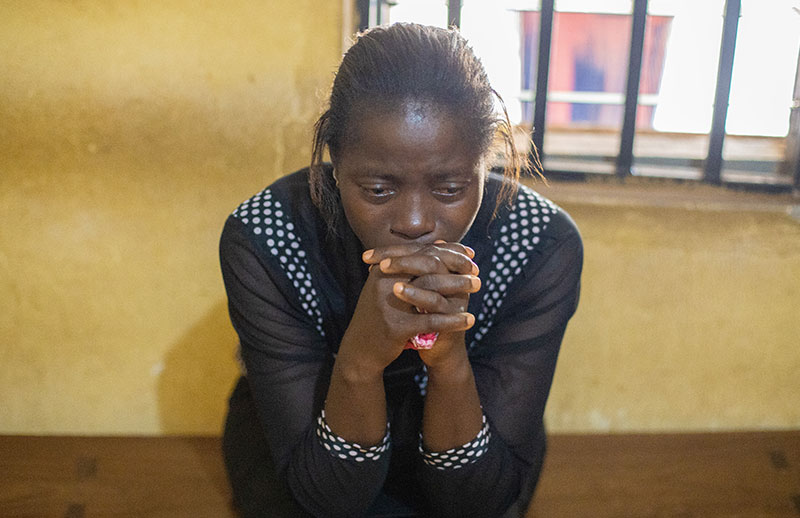 The day of surgery was anxiety-inducing for Ugwuoke’s family.

While they trusted Dr Onah’s professionalism, the family still couldn’t stop wondering what their daughter would look like after the surgery was done.

Then they saw Immaculata being brought out of the operating room.

“I feel more than happy. I feel like I am on cloud nine,” Ugwuoke celebrated. 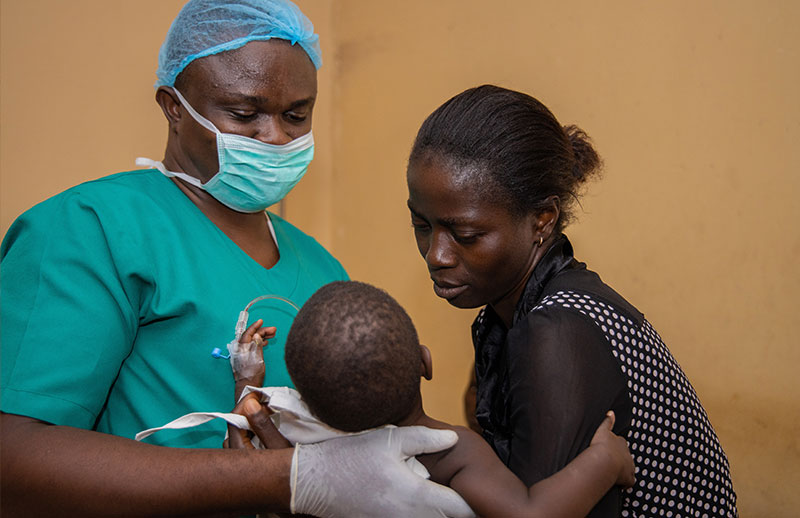 Ugwuoke saw how quickly Immaculata’s lips healed, and could not be more thankful for Smile Train, Dr Onah, and her brother.

Without Smile Train’s help, Ugwuoke would still be in a haze of anxiety and confusion. Through this surgery, she saw her family, especially her daughter, walk into the light again. 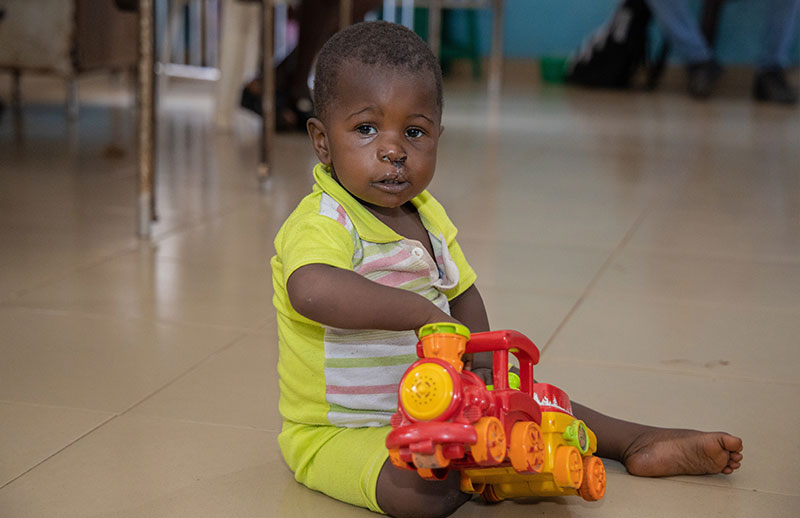 Seeing Immaculata post-surgery, Ugwuoke knew that “her future would be the best among the best.”

Ugwuoke also came to understand that being born with a cleft did not make her child any different or less able. Immaculata was still like any other child; her cleft was never a curse or a bad omen. It was something that could happen to anyone, and was treatable.

Now, Ugwuoke, has a message for all parents and families affected by clefts. “Never give up or treat your child differently. They are not demonic. They are not worthless. They are your children. Take care of them and empower them to do their best for their futures. May God bless you all.”