Nine months of waiting and a lifetime of dreaming came down to this moment. Dalia would finally see her child’s face for the first time.

Eagerly, she took her new son from the doctor, and her heart plummeted. She began to cry; she could hardly look at him. Mohamed had a cleft.

Dalia and Abd AlRahman had no money for surgery, and anxiety — along with their baby’s screams — kept them up for weeks after Mohamed was born. But energized by their love of their son and their faith in God, they turned Cairo upside down in search of care, even as one hospital after another rejected them for their inability to pay. It wasn’t until they reached Alexandria, two hours away, that they at last found someone willing to perform a cleft lip surgery for a price they could scarcely afford. 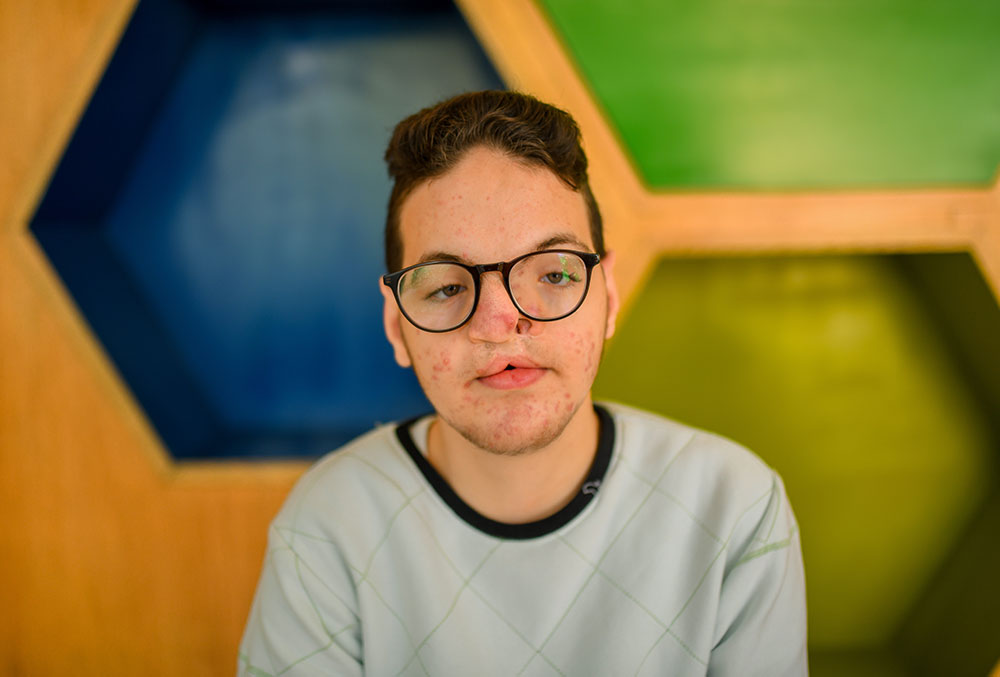 Yet as Mohamed grew, it became clear that one surgery would not be enough to heal his cleft. He still suffered from crooked and decaying teeth and his nose needed urgent attention, among many other serious cleft-related complications. As the family fretted over what to do, Dalia became pregnant again. And again, at the end of nine months of hoping and waiting, she and her newborn son with a cleft held each other and cried.

The familiar helplessness and panic returned and redoubled. But still Dalia and Abd AlRahman kept faith. Someday, Mohamed and his brother, Abdulrahman, would each smile and shine. 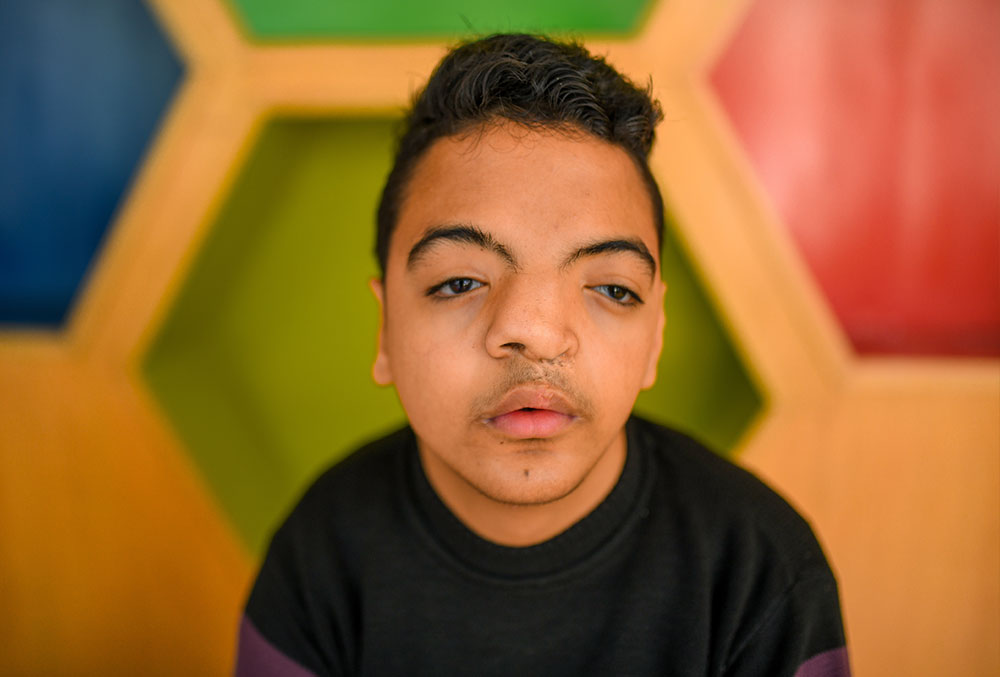 After the ultrasound told Magda her daughter was going to have a cleft, she spent the next 20 weeks searching for help and praying that her child would live a healthy, happy life. That she would someday have lots of friends and show her face with confidence. When Magda met Dr. Mohamed Magdy, the cleft program project director at Innovinity Medical Hub, a Smile Train partner in Cairo, a few weeks later, she knew her prayers had been answered. 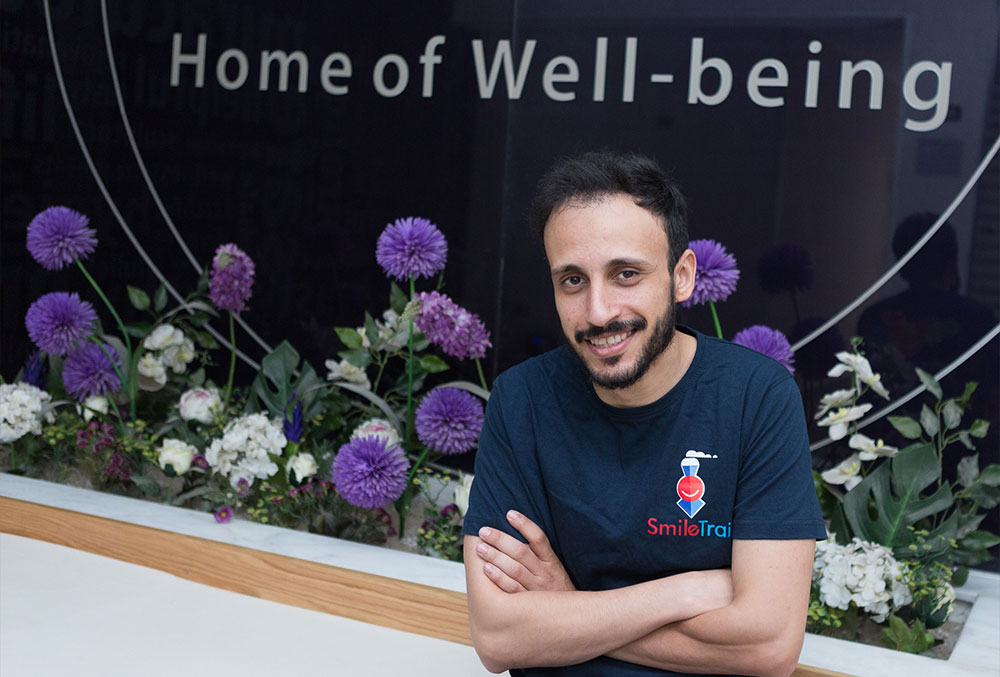 He warmly welcomed her to the center and walked her through what her baby’s cleft journey might look like. As she met Innovinty’s full team of cleft-specialist nutritionists, Magdy explained that babies with clefts often can’t latch on to their mothers and choke on breastmilk, putting them at severe risk of malnutrition or even death before surgery without early intervention. Then he walked her through the rest of the typical treatment timeline and introduced her to Innovinity’s cleft-specialized orthodontic, dental, speech, and psychosocial teams.

A Community of Care

All this knowledge still couldn’t prepare Magda for the moment she first saw Azza’s face. Yet knowing exactly what to do next helped her avoid the anxiety and fear so many other new cleft mothers suffer after the initial shock fades. With Innovinity’s world-class team by her side, Azza never had nutrition issues and has received surgery and every other cleft treatment at the soonest safe time. 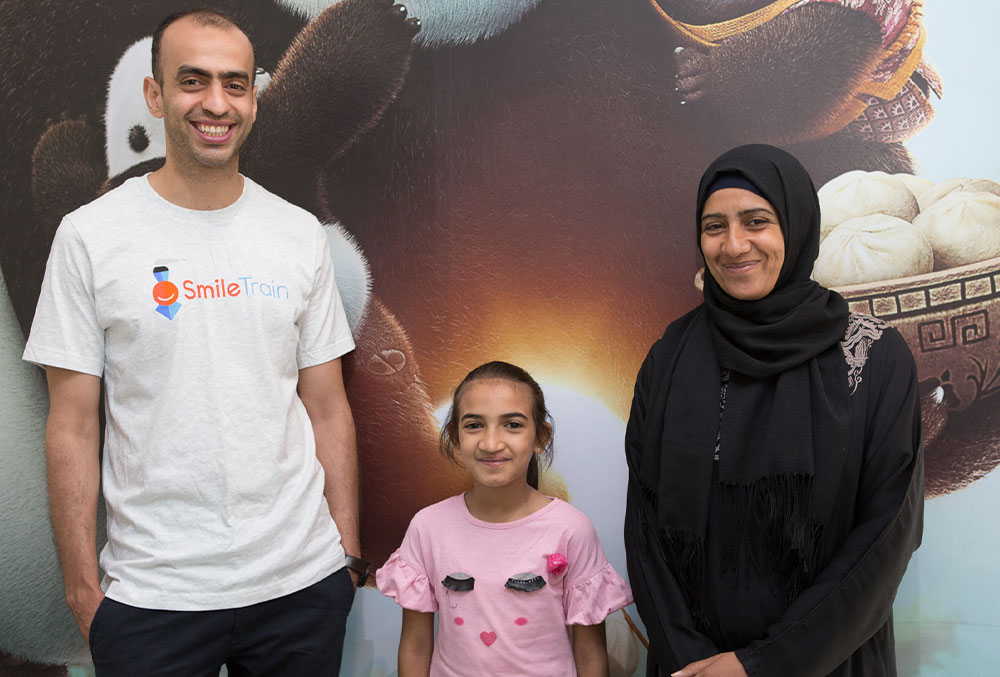 When she needed dental support, she saw Dr. Mohamed Mansour, the center’s specialist in pedodontics, who soon became one of her most trusted confidants. After starting her orthodontic care with him in late 2021, Azza is now free of tooth decay and will wear braces for as long as she needs. And, because Innovinity is a Smile Train partner, all of this care is 100% free.

Still, one of Azza’s favorite parts of Innovinity is the opportunities it provides to make friends with other children with clefts, like Mohamed and Abdulrahman.

A Comeback for the Ages

Just when things seemed darkest for Dalia, her prayers were answered when she saw an ad for Innovinity.

When Magdy saw the brothers with clefts come through the doors, he felt his prayers were answered, too — that his ads would reach the right people. He rushed to greet them, then immediately scheduled the full range of local, comprehensive cleft care they so needed — Mohamed would receive treatment for his nose and see Dr. Mansour for his teeth. Abdulrahman would receive cleft surgeries, dental care, then regular speech therapy, saving him from a life of speaking without being understood. 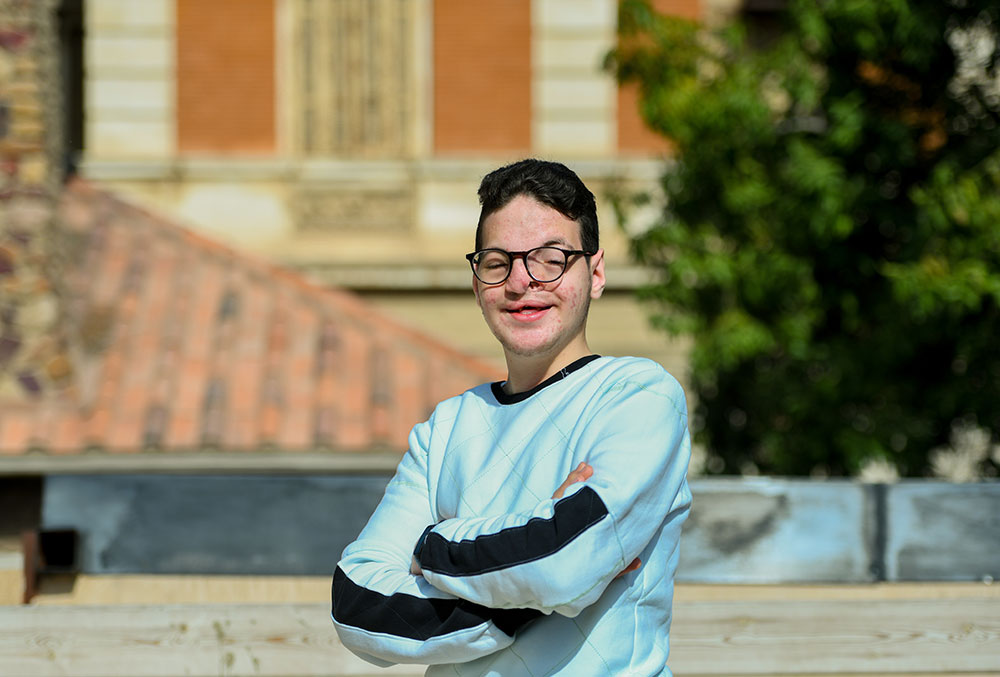 Now 16 and 14, and with the vital cleft care they need to live and thrive taken care of, the boys are free to direct their attention where it belongs: soccer. Mohamed is a striker and Abdulrahman is a half-defender on their village team, where they play with joy and not a care in the world; their smiles matched only by Dalia’s as she watches them. 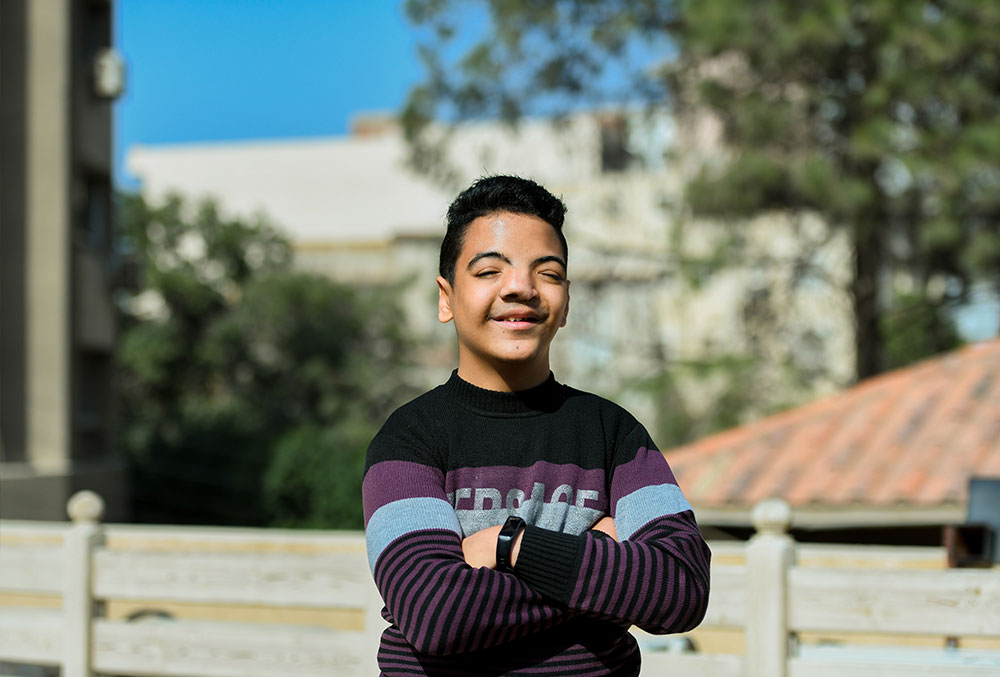 As for Azza, she is only in third grade, but her ambitions are even greater. She began first grade too shy to speak to anyone, but her time at Innovinity helped her gain confidence and make friends. 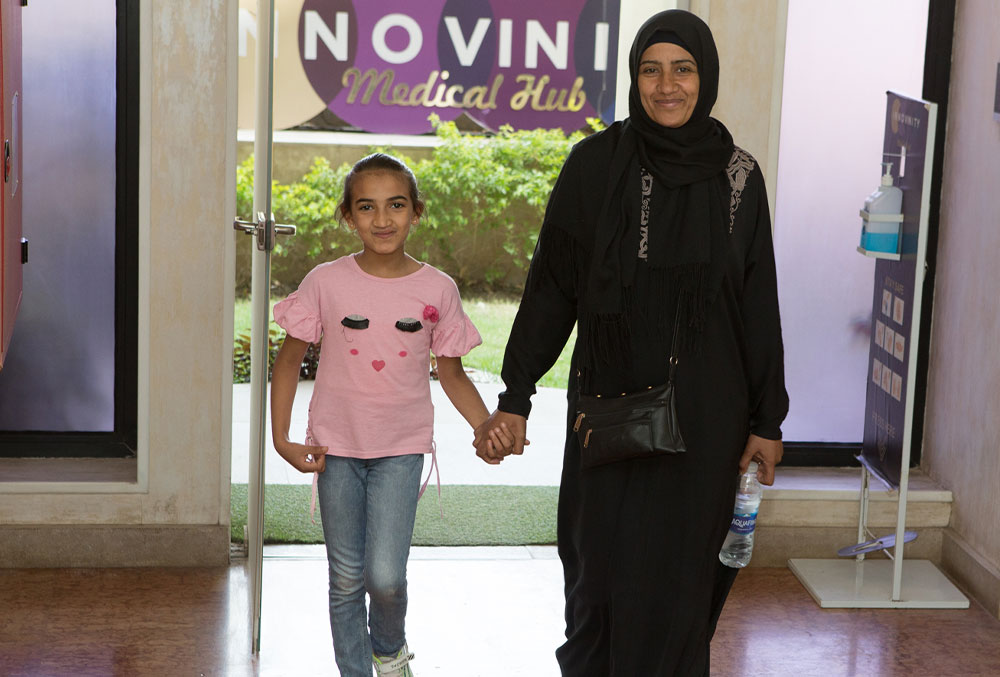 Now, she plans to grow up to become a famous singer. 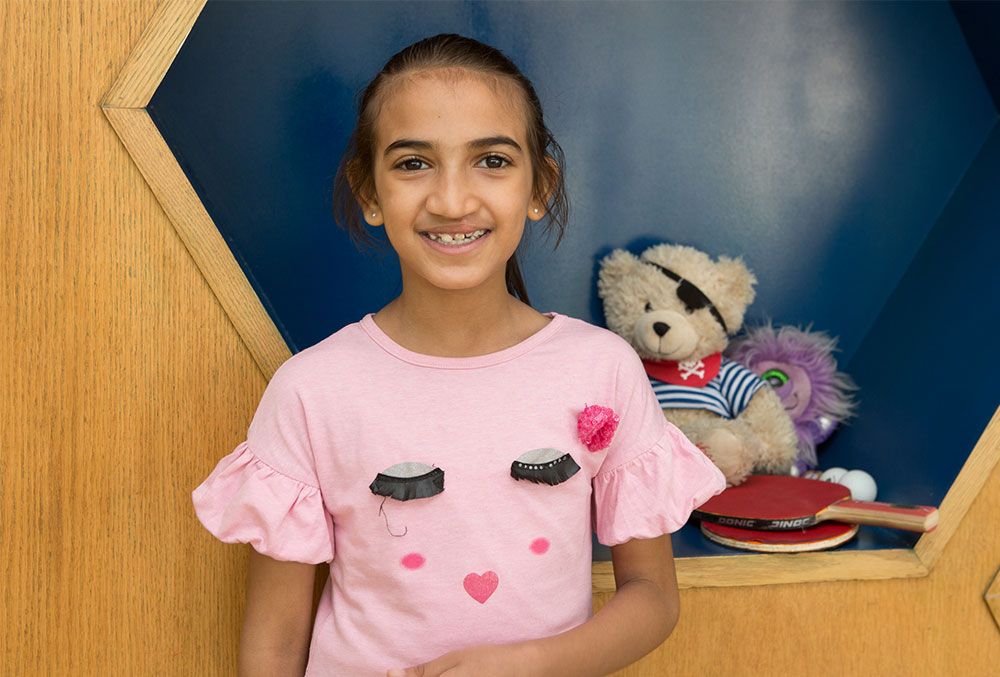 Magda has no doubt she will succeed. “I’m really grateful to all the donors to Smile Train for caring about my daughter’s well-being, and to the team at Innovinity. Thanks to all of them, I know she will grow up to feel better, build her social skills, and live her dreams of being a famous singer.”

Did you enjoy reading this article? Read more stories from Africa.