When Audrey saw two little figures moving in her ultrasound, she was ecstatic — twins! She and her partner, Hervé, didn’t make much money, and didn’t even live together yet, but none of that mattered. They felt only joy.

Audrey returned to the clinic each month for an ultrasound. Each gave the same report: two healthy baby boys were on their way. Audrey and Hervé already had their names picked out — Lloyd and Floyd.

Hervé couldn’t afford to take off work when Audrey went into labor, so her best friend, Fabiola, accompanied her instead. All continued according to plan until, just after Lloyd was born, the doctor turned to Audrey and said, “There is an abnormality.”

She was shocked but in no state to absorb it. When Floyd was born, the doctor gave her the same look and the same diagnosis: “This one also has an abnormality.”

Now the shock set in, doubled and redoubled. “When I gave birth, I didn’t even understand,” she recalled. “I asked the doctor, ‘What is it? Maybe we have to massage it away or something.’”

As she cried, nurses and other hospital staff told her their superstitious beliefs about what she must have done to cause her babies’ clefts. They did nothing but add needless guilt to her shock and fear.

But Hervé stayed calm. When Audrey sent him pictures of their new sons, he Googled clefts and learned that they are a relatively common birth difference that can be treated. He didn’t see it as a major issue and, unlike the hospital staff, didn’t blame Audrey at all. All he wanted, more than anything, was to be there with his new family. 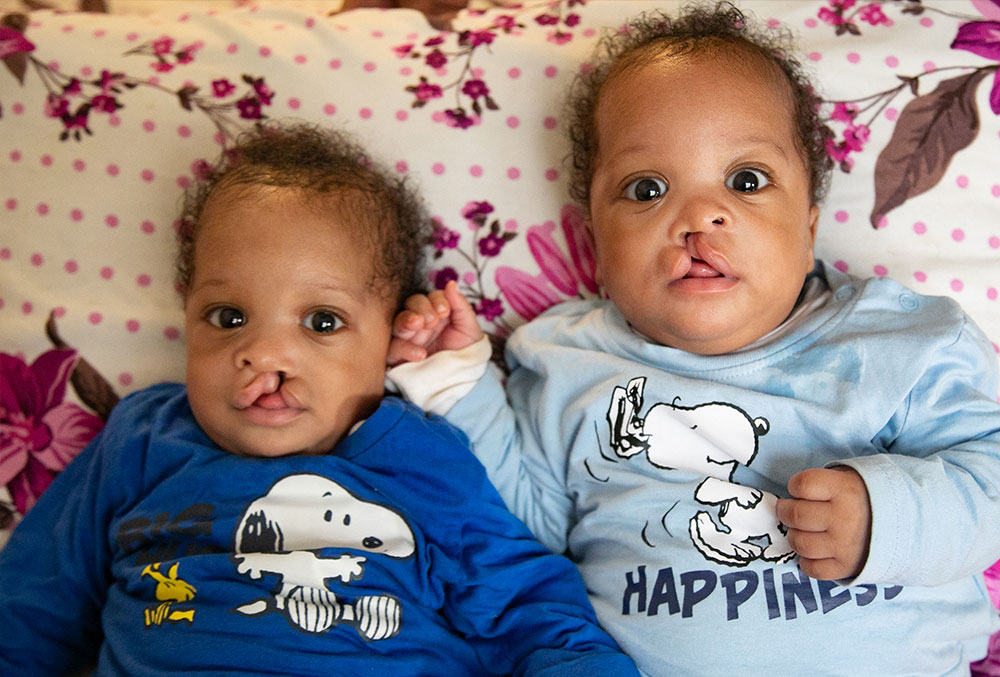 Hervé and Fabiola did what they could to make things easier for Audrey, but the lingering shock still cast a shadow of depression over her first days as a mother to twin babies with clefts. She never left the house with them except to take them for vaccinations; even then, she wrapped them in towels and rushed them into the taxi as quickly as possible. She was terrified of what the people in her town might think and say, but the quarantine was equally an expression of hope — though the treatment her babies needed to thrive seemed so far out of reach, her doctor told her that any infection, even a minor cold, would make surgery impossible. She wasn’t taking any chances — who knows what tomorrow may bring? 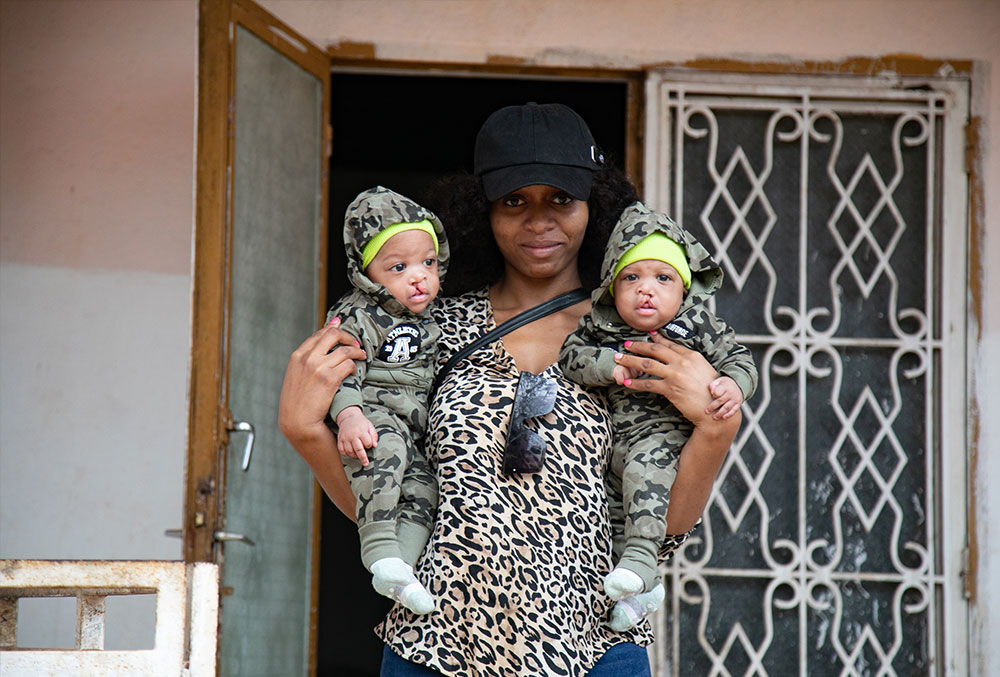 Seemingly against all odds, her faith was soon rewarded. Early one morning when the boys were two weeks old, Audrey’s mother called telling her to pack up the twins and get to Yaoundé immediately —an acquaintance of her stepmother’s had just put her in touch with Prof. Mouafo Tambo, a surgeon she used to work with, who performed cleft surgeries for free at a hospital there, thanks to an organization called Smile Train. “I made you an appointment for 6 PM,“ she concluded. 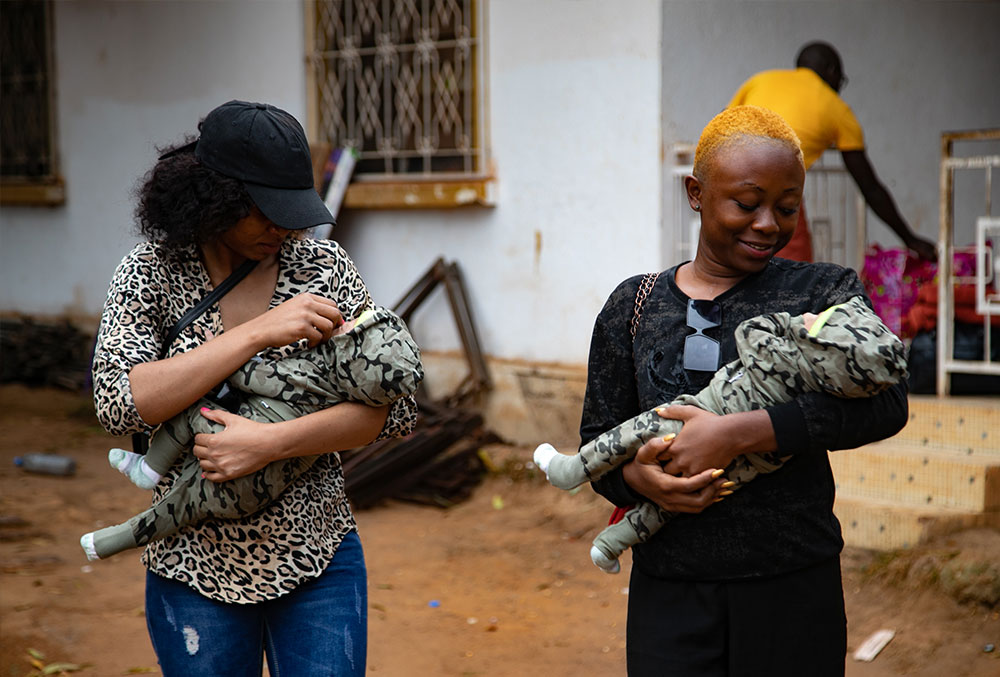 Audrey grabbed Lloyd and Floyd and set off on the six-and-a-half-hour drive west to the capital. They arrived at 8 PM. Prof. Tambo was still there, eager to greet them.

He evaluated the babies and scheduled them for surgery in another two months, when they would be bigger and better able to handle anesthesia. In the meantime, he showed Audrey how to feed the boys so they would remain healthy enough for surgery and reassured her that Hervé had told her the truth: Clefts are just a thing that happen sometimes. They are never the mother’s fault. 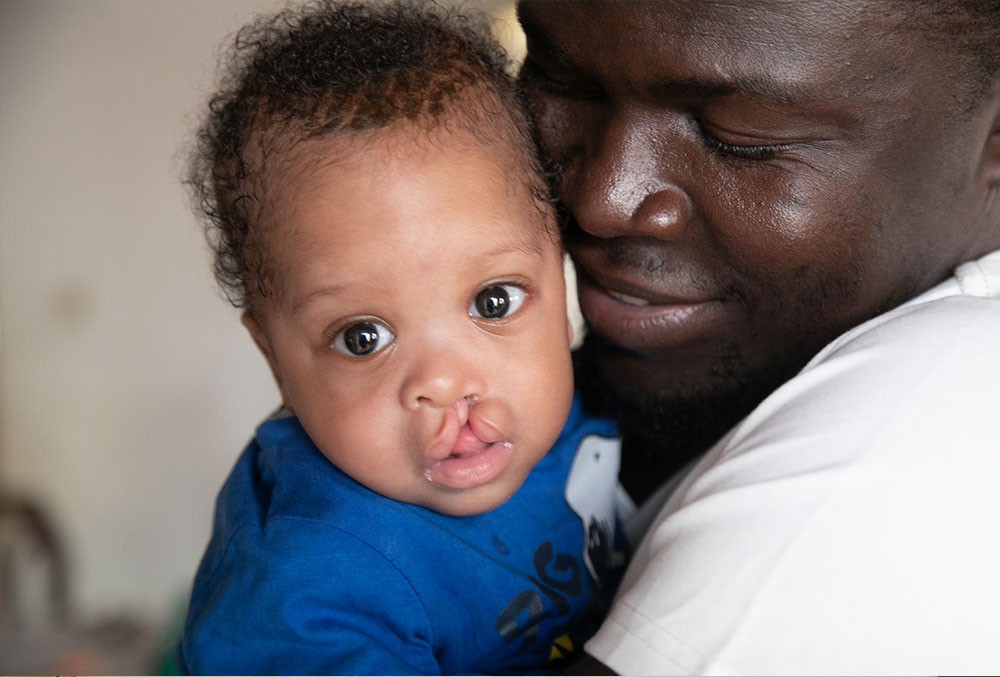 For the next eight weeks, Audrey lived with a single purpose: Keeping her babies safe and healthy. This was no easy task in the winter of 2020, but with constant diligence, love, and care, when they arrived back at the hospital on the big day, Lloyd and Floyd were each deemed healthy enough to receive the surgeries that would change their lives forever. 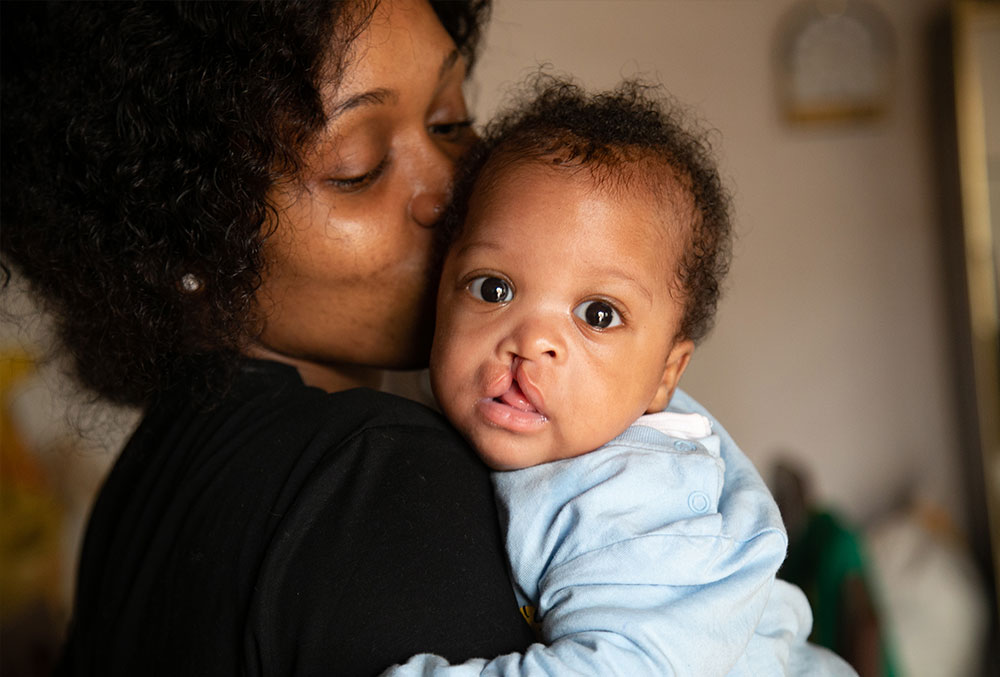 Prof. Tambo likes to operate with the sunrise, when it’s cool and quiet, between 4 and 5 AM. He believes it allows him to focus all his senses on his work. And while her four-month-old babies were under the knife, Audrey also remained surprisingly serene. 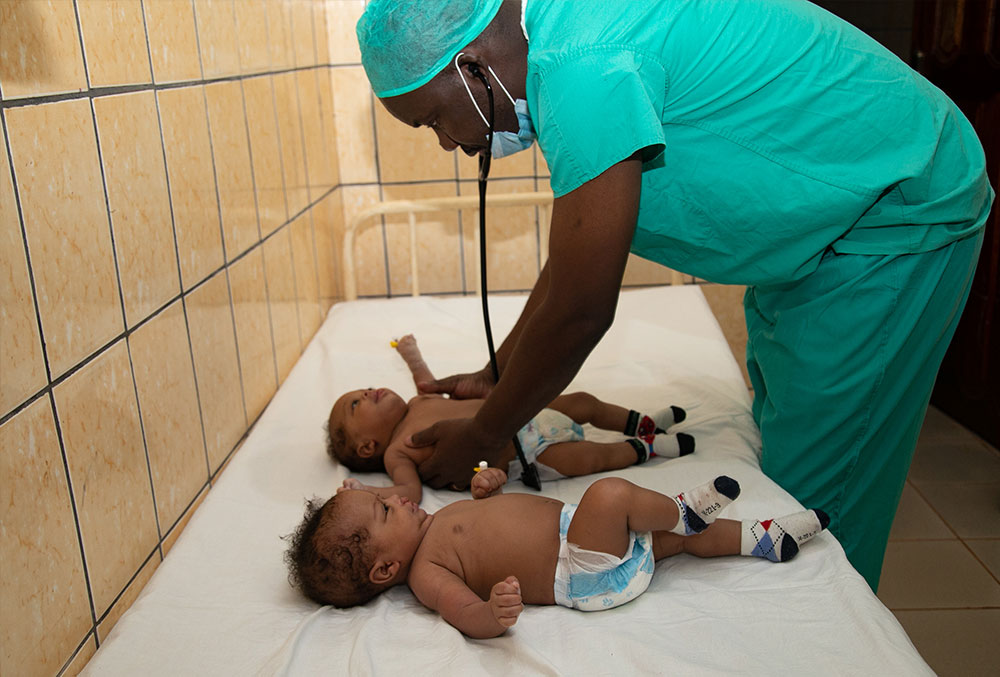 “When I saw the Professor, my heart was even more calm because I felt he was really engaged. While the operation was going on, I was quiet. I had faith. I didn't panic. If I panicked, I would have cried,” she said. 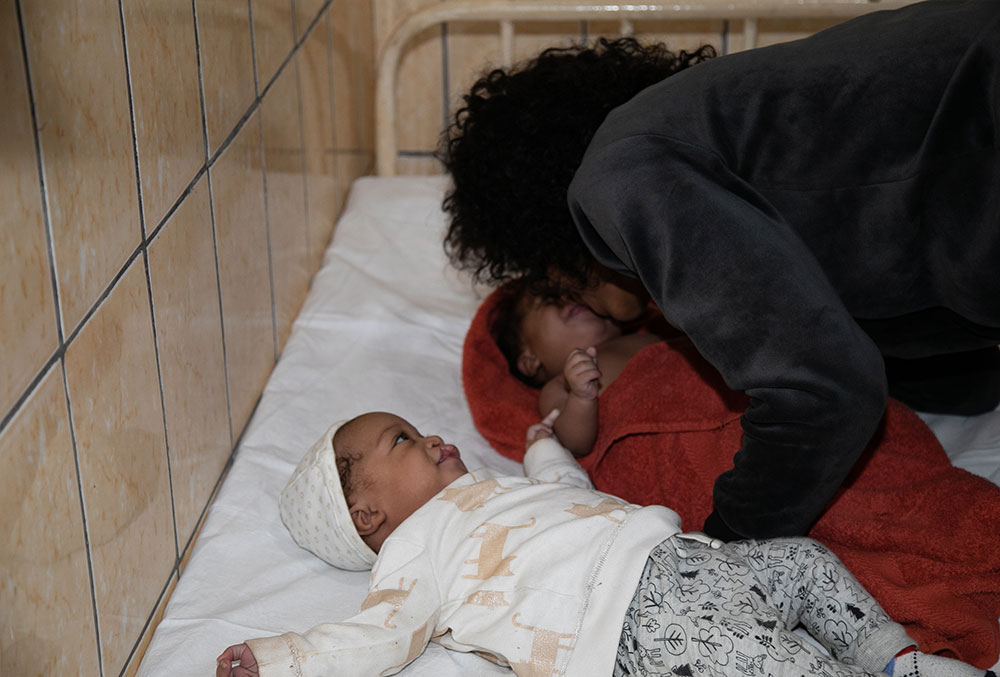 A few hours later, however. Audrey did cry — with the relief and hope and joy that had eluded her since her babies were born. Because of COVID-19 protocols, they had to stay to heal at the hospital for a week before they were allowed to leave. Once back home, Audrey and Hervé decided to keep the boys inside for another few months so there could be no delays to their second surgeries, which they expected to happen within the next few months, once the boys are big enough to handle the more complicated cleft palate surgery.

But in the meantime, Audrey feels only hope. “Their future? Lots of smiles… lots and lots.“ Audrey said. “They will be healthy again. Thank you, a big thank you, to the people — Smile Train’s donors — who sponsored my babies‘ surgeries. You have made us smile again. I can only say thank you.“

Patient
Sama’s Mother Never Gave Up on Her. Neither Will We
Sama was not wholly welcomed into the world when she was born. Her father nearly sent her...
READ

Patient
Out of School and Out of Sight for 17 Years, Ndindai is Now Embracing Life
Ndindai is a 20-year-old member of the nomadic Maasai tribe of Kenya. She is the eighth...
READ