My Husband Left When Our Daughter Was Born With a Cleft

Alimatu lives in the city of Kumasi, Ghana, with her eight-year-old daughter, Rawdah, a Smile Train patient. Her husband left shortly after Rawdah was born, leaving her to raise a baby with a cleft alone. Below, Alimatu graces us with her family’s story in her own words.

I had no idea about clefts until I gave birth to Rawdah, had never even heard about them before. There were two midwives in the delivery section, and one of them decided they would wait until they showed the child to me because of her cleft. However, the other one insisted they tell me more details to prepare me for what was about to come.

Frankly speaking, I wasn't eager to look at the baby. Her cleft left me weeping. I wasn't happy that my first child had this. I was in so much shock that I even refused to breastfeed her in the very first moments.

I soon found that when Rawdah did eat, the food went out her nose or even into her lungs and choked her.

Two weeks after she was born, nothing was getting better. Not knowing what to do was the most difficult part.

So, I went back to the clinic to seek solutions. They gave me a mobile phone to contact the Komfo Anokye Hospital.

By this point, I was a single mother. My marriage accelerated quickly and ended quickly, shortly after Rawdah was born. Whether my former husband left because of her cleft, I do not know, but he has never cared anything about her. He does not support us in any way and won’t even return any of my calls. Yes, I have raised my daughter alone from the time she was a newborn until today. 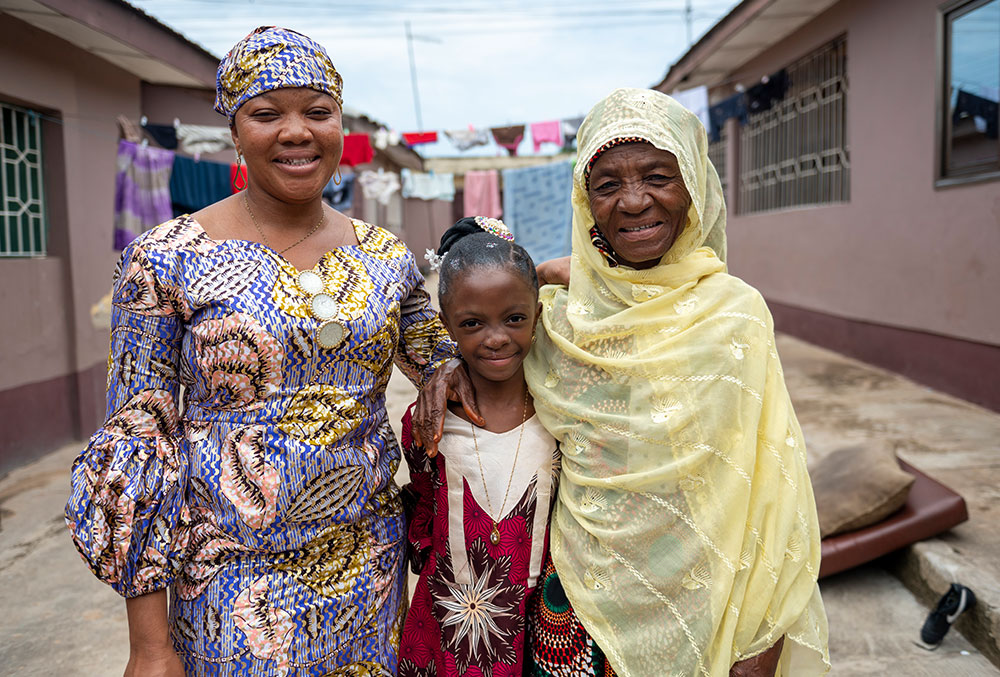 Well, not truly alone. When my husband left us, we had to go back to my parents’ house, and my mother has helped a lot. I may have never heard of clefts before Rawdah was born, but my family and our community never thought it was a big deal. They have been very supportive and have always treated my baby just like any other. They say this is just God’s will for her. I understand this kind of positive reaction isn’t always the case, so I am extremely thankful.

The cleft team at Komfo Anokye Hospital has also been like a second family for us. From the first time we visited, they warmly welcomed us and told us they would do their best for us. Well, everyone says that, but this team actually did it. When Rawdah was just three months old, they performed her first cleft surgery.

I was amazed when I saw the result, how her lip was completely closed. Five months later, they performed the second cleft surgery she needed, too. She could eat better after that. Food no longer came out of her mouth. We were so happy. 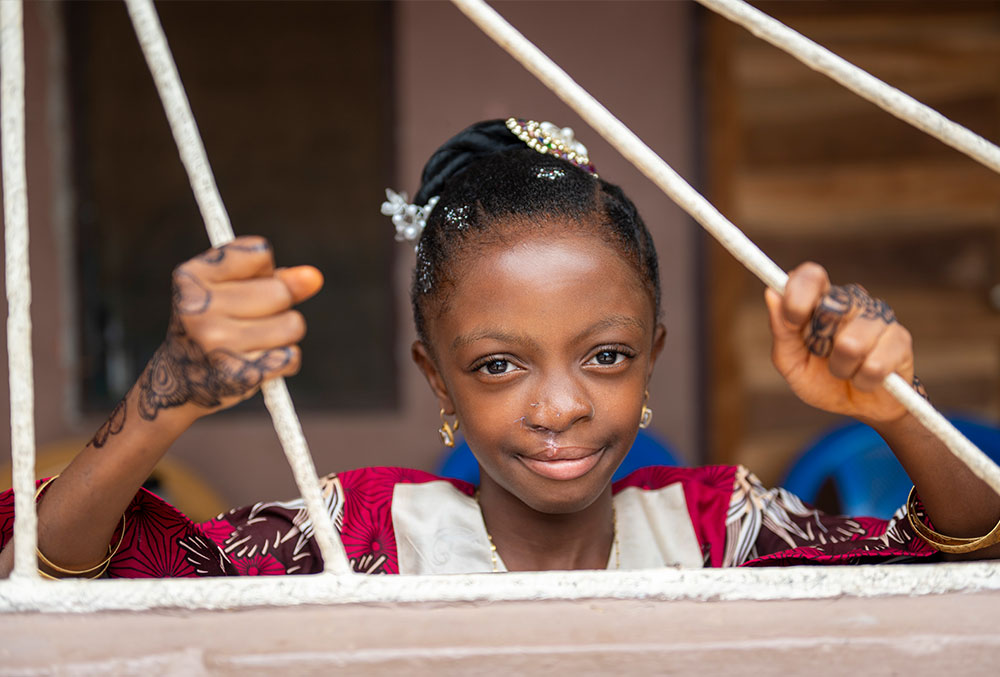 We never, ever could have afforded even one of these surgeries on our own, but both were completely free thanks to Komfo Anokye’s partnership with Smile Train. This was an unspeakable gift for Rawdah and our family.

Thanks to Smile Train, Rawdah was also able to enroll in free speech therapy at the hospital and received an additional cleft surgery just this year. The speech therapy taught her to speak with confidence, and now you would never know she had a cleft from listening to her. 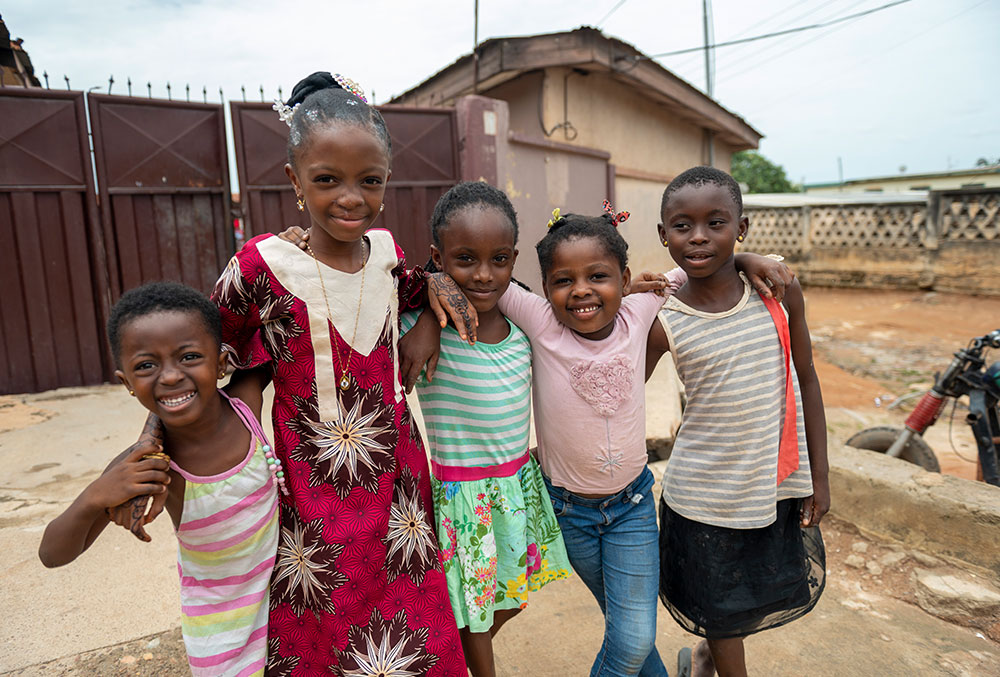 Cleft treatment has freed my baby to grow up learning and playing like every other child. Rawdah is doing well at school, and particularly enjoys studying math and English. She complains from time to time that other children tease her for her looks, but it never seems to last long. They don’t seem to be getting to her. In fact, she just recently looked at me and said, “I like myself.”

What more could a mother ask for? 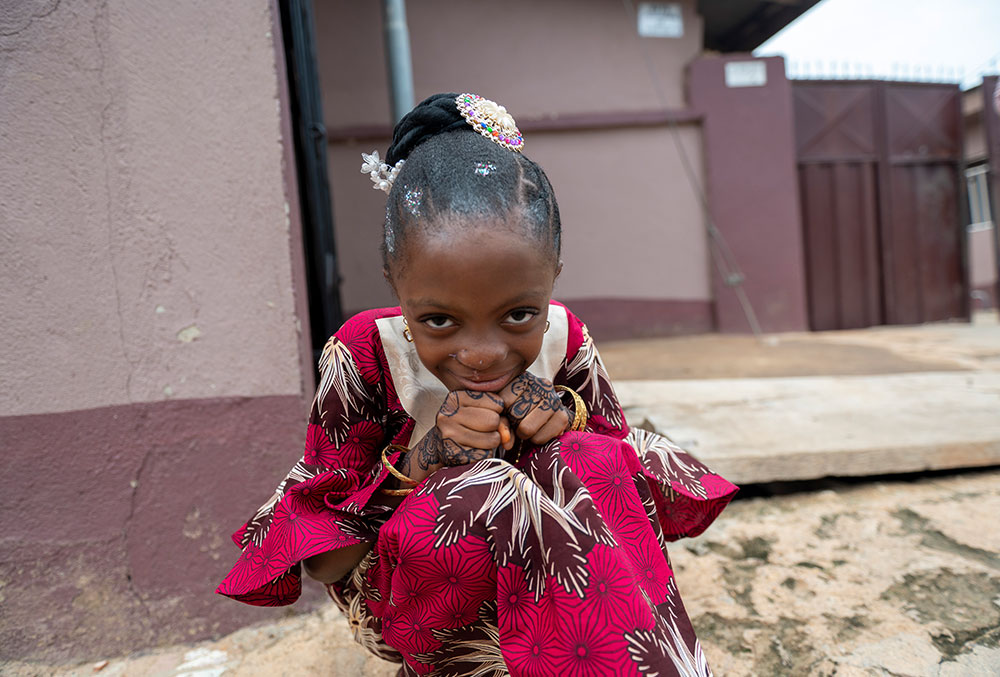 I think Rawdah can achieve anything she sets her mind to. I wish that she will achieve more than I have achieved. Even if I might be able to get my master's degree or Ph.D., I think she will be able to do even more.

I want to say thank you very much to Smile Train’s donors, who have done such a great job for us. May God bless you and give you even more than what you have given to us. You are always welcome here, and I hope you get the best out of life.

Did you enjoy this article? View other stories from Africa.