Favour, from the city of Port Harcourt, Nigeria, is the mother of Smile Train patient Annointed. Below, she shares with us her and her family’s journey from unexpectedly having a child with a cleft to finding the free, lifesaving care her son needed from a local Smile Train partner. 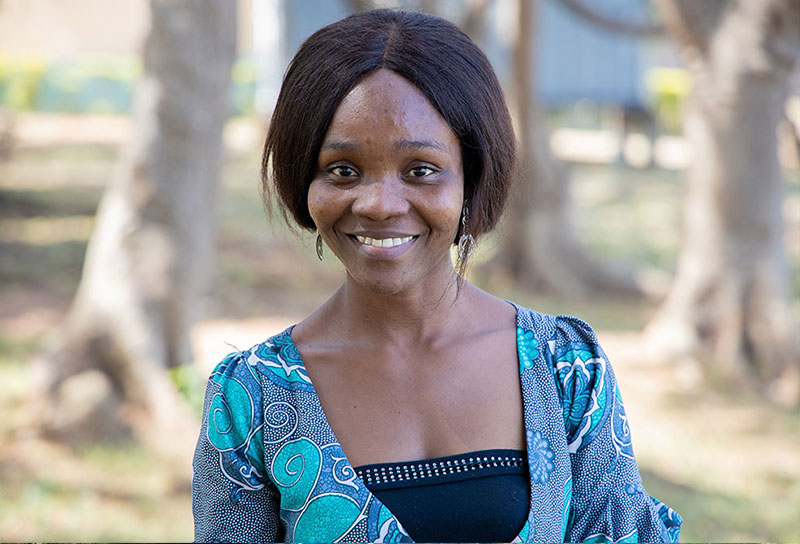 The first thing I have to tell you is that my husband, Martin, and I loved Annointed from the moment he was born and knew God has chosen him for a special purpose in this world. Truthfully, we were also a bit discouraged, too, because neither of us had ever come across a cleft before. The hospital staff noticed our concern and told us that his cleft wouldn’t be an issue because there was a surgical cure for it. Martin and I thought they were only saying this to calm us down, but when we got home from the hospital, I did my own research online and found videos on YouTube that let me know they were telling the truth; there really were remedies.

However, the videos also showed me that this was no minor procedure. We don’t have a lot of money and I didn’t know how we would ever afford something like that. But Martin was supportive and encouraging. He didn’t think it would cost too much, and anyway, whatever our Annointed needed, we had faith that he would receive. 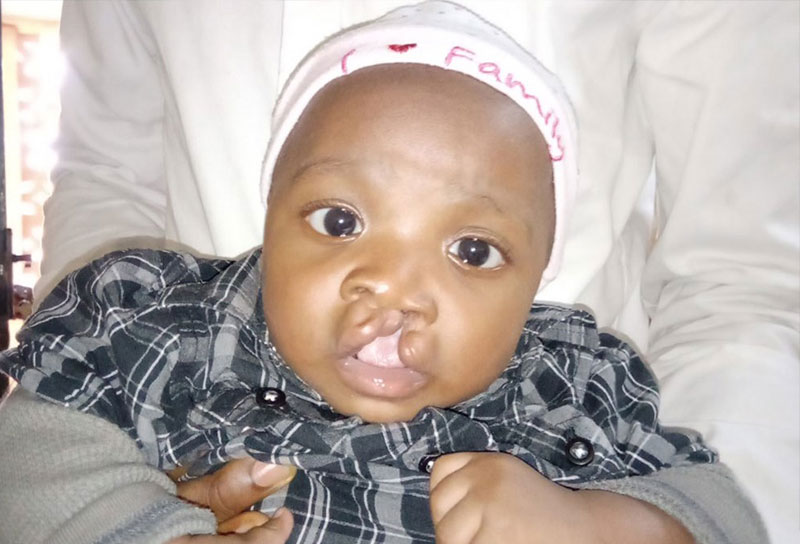 It was clear to us that he needed help quickly. I had to express my milk into a separate container and give it to my baby in a very exact position; if he even laid down after eating, the food would come out of his nostrils and he would suffocate because of his cleft. That also meant we could not leave him alone after feeding. Either his father or I had to be there at all times.

Of course, we were also busy looking for help this whole time. Around the time Annointed turned five months old, we heard about a programme at the National Orthopaedic Hospital in Enugu State that helps families like ours access the cleft treatment they need. I was so shocked at the news I didn’t even think to ask the details, but they told us all we needed to do was just go in for an evaluation and they would treat our baby. That was all.

We went home so, so happy and thankful. It was a source of utmost joy to know that Annointed’s cleft would be only temporary. But things are often too good to be true and I still had my doubts. When we travelled to the Orthopaedic Hospital, I just knew we would be asked to pay something after the surgery.

We arrived Monday night so Annointed could be evaluated Tuesday then receive surgery Wednesday. He had been crying profusely the whole day Monday and couldn’t suck or keep any food down — he was crying, spitting up, crying, then spitting up again. On Tuesday, it was the same thing. We became afraid that maybe he didn’t want the surgery, but we pulled through and reminded ourselves that we were at that hospital for a reason. None of it felt real to me until they brought out the tiny scrubs for me to change him into on Wednesday. That was a hard moment for me. Again, I had this feeling that maybe this wasn’t what it seemed — what if I lose my baby? What if the surgery isn’t successful? 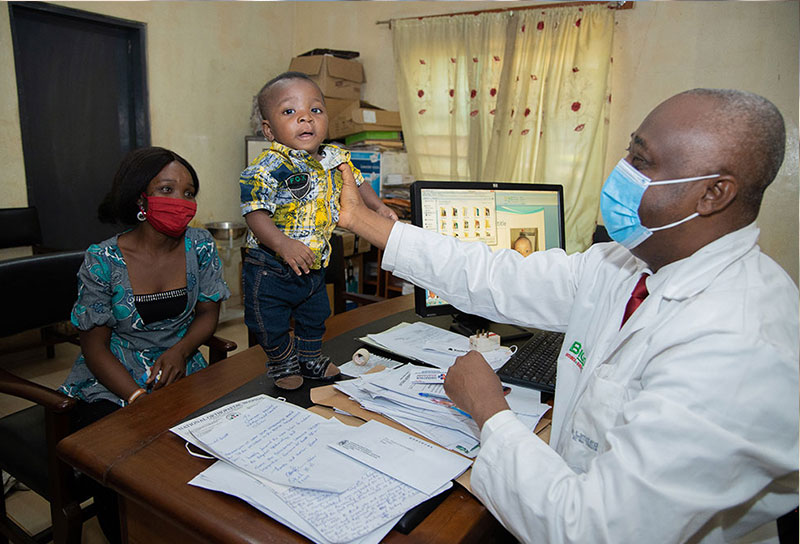 All my fears went away when we met his surgeon, Dr. Ifeanyichukwi Igwilo Onah. I could tell right away he was a good, honest man who is dedicated to helping children, and when he held my Annointed along with me and prayed with us as he was about to take him into the operating theatre, I had no doubt.

Once Dr. Onah left with my baby, Martin and I were alone in the waiting room. I wanted to cry, but my intuition told me to pray, so that was exactly what I did. But Martin nearly cried! I was amazed — I had never seen him cry before; mothers are the ones who are supposed to cry! I avoided making eye contact with him so I wouldn’t see him and cry too, and when he noticed, he left the room so I wouldn’t. I just kept praying until Dr. Onah came out and showed me a picture. It was as if a huge burden was lifted off me — the surgery was a success!

Then they wheeled him out, and I couldn’t believe how powerful this anesthesia is. My boy, who is usually so playful, loud, and full of life looked so weak there in the bed, but his strength just as soon came back to him in the recovery room. 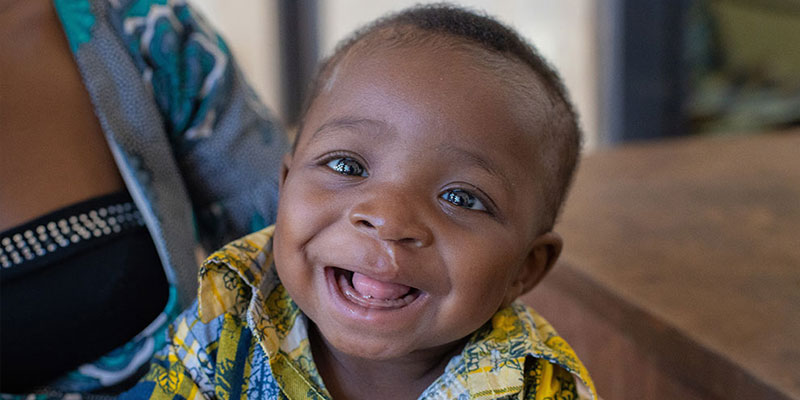 We took him home as soon as we could, and when our neighbors saw him, they were all surprised and happy and rejoicing with us. They were astonished that there are people who would make something like this happen for free — we were, too! The neighbors also praised my courage, saying that some parents would not have been so strong to go so far to see their baby have a surgery they know nothing about.

The blessings of Annointed’s surgery go beyond his smile. Now he breastfeeds while sitting and can suckle in any position. I also can leave him by himself while he’s sleeping now, which frees us to do things we couldn’t do when he couldn’t be out of our sight for even a moment. 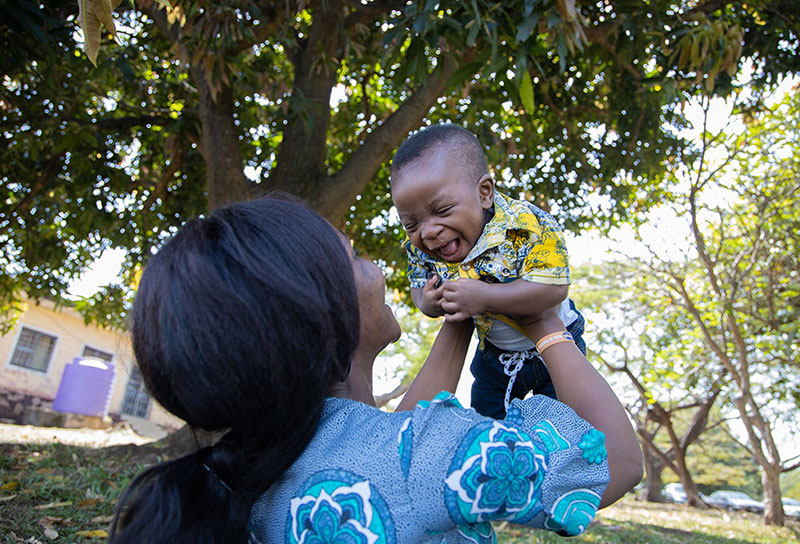 Of course, I can’t predict the path Annointed’s life will take, but I fully believe that now he will be able to grow up to succeed in whatever path he chooses for himself. And whatever he does, I know that he will do it with honesty, integrity, and faith because he has already experienced so much kindness and so many miracles in his life.

If any parents of a child with a cleft are reading this, I want you to know that you should never give up on your child. Some will try to tell you that a cleft is a curse, but you need to do away with such thoughts! Every child is a blessing. Just go to your nearest Smile Train partner and all your problems will be solved. 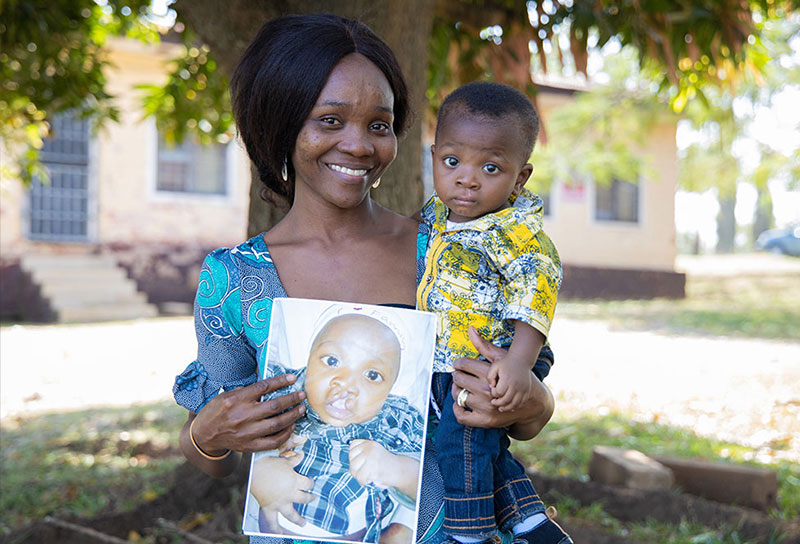 And to everyone who made my baby’s surgery possible, I just want to say thank you and to pray that God will bless you and reward you for your kindness for helping innocent children and their families smile.

Are you or someone you know in need of free, local cleft care? Find help now.

Patient
Determined Damaris
The first time Damaris’ family saw a cleft was the first time they saw her face. They...
READ

Patient
Getting Munashe Back
“I had never seen anything like this before and I was very shocked,” Beauty recalls of...
READ